Being an Influencer – Part 2

How much does an influencer charge?

What should you expect to get in return as an influencer? In the past, many brands fought to be the ones to appear in the first TV show to attract young people. Now, most of the time we are with our mobiles in hand, passing between  Facebook, Twitter, Instagram, YouTube, and WhatsApp. It seems logical, then, that brands want to be on those devices instead. A new category of professional has been born: the influencers. These influencers, of course, charge for their photos/posts/messages.

Almost all sectors are represented by influencers such as this, but the majority are dedicated to fashion, beauty, travel or gastronomy, among others. Like any good professional, the rates that these influencers demand from brands are not public.

There are those who work with agencies and there are those who represent themselves. There are also specific contracts (one post, one image), but more often than not, it goes towards campaigns (several publications), or even exclusivity contracts. A good approximation, as confirmed by several sources in the sector, would be the following:

However, there is also another way of remuneration in the sector: payment in kind. On a small scale, many brands choose to send products to influencers, hoping that they will try them out and end up being portrayed or recommended on social networks: shoes, pants, a bag.

However, not all influencers are millionaires. A study of the Marvel crowd influencers platform ensures that 32.8% of influencers do not make more than 200 euros on average monthly. Also, 24.6% of respondents claim not to receive any type of income as an influencer. On the other hand, 21% of these people receive between 200 and 500 euros per month; 9.8%, between 500 and 1,000 euros and also 9.8%, receive between 1,000 and 3,000 euros. Only 1.6% of respondents point out that their income exceeds 3,000 euros per month.

Being an influencer – Part 1 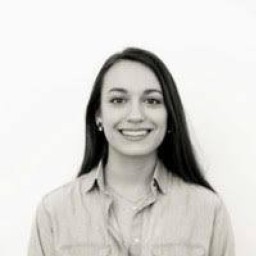